I have never been a guy who believed in casual dating. Growing up, I had lots of friends who were girls and enjoyed hanging out with them. In high school and college, I enjoyed socializing with my friends and going out in a group together or just hanging out and watching games on TV. Most of my friends, both male and female, were Ultimate Frisbee players like me. It was during my freshman year in college that I began dating a girl from the girls' Frisbee team. It turned into a serious relationship that lasted for two and a half years. Though I thought she was "the one", she ended the relationship the spring before we both graduated. As hurtful as that was, I eventually realized it was for the best.

After graduation, I was enjoying the freedom of being a young college grad with a great job as a nuclear engineer. The excitement of beginning my new career, meeting new people, and continuing to play sports, as well as working out, left me little time to really think about getting involved in a serious relationship. I figured I had plenty of time to settle down.

Then on August 23, 2014, I had my diving accident that resulted in me becoming a C-6 quadriplegic. I began to think about my future as a quadriplegic and wondered whether I would ever fall in love, get married and have children. Though the medical staff at the inpatient rehab facility was always teasing me about the girls that were constantly visiting me, they really were just good friends. And at that time, a relationship, or dating someone, was not on my radar as I was focused strictly on recovery.

But though I was not ready to date, I would often think about whether a girl would ever be interested in me. I just could not imagine it. You see my biggest problem was I was not comfortable with who I was as a man - now I was a quadriplegic. And though I was exposed to relationships in rehab of other individuals in wheelchairs, with able bodied significant others or spouses, I still found it hard to believe that a serious relationship could be in my future. I must admit my thinking was influenced partially by the fact I could not imagine myself dating someone who was in a wheelchair and needed the care that I required.

Now that I am adjusting to my "new normal" and have made new friends, as well as still have my old friends from my pre-injury days, I am beginning to have hope that my future could hold love, marriage and children for me. I was told by another guy who is a quadriplegic, and married after he was injured,that I just needed to be myself. He said that people soon don't see the chair when they begin to connect with the real you. It has helped me to hear stories of other guys in chairs who have found that special someone and are happy in spite of how difficult living with a spinal cord injury can be.

Though I have yet to start dating, I am getting out a lot socially and still have lots of friends who are girls. I am just trying to be myself and have become more comfortable being in a chair. I believe when the right girl comes along, and there is a good connection between us, that I will have enough confidence and boldness to let my true feelings be known. But until that special someone comes into my life, I am going to continue to live my life to its fullest and enjoy time with my great friends.

However, I now have hope that I will find that special someone I want to date, we will eventually fall in love, then get married and have children of our own. There is a happily ever after in a spinal cord injury life!

To keep you informed of new stories from Josh, please click on the link below to 'Join Our Community'. All we need is your name and email address.

The opinions and experiences presented herein are for informational use only. Individual results may vary depending on your condition. Always consult with your health care professional. This individual has been compensated by Bard Medical for the time and effort in preparing this article for BARD’s further use and distribution.  BMD/BMDA/0116/0142 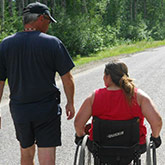 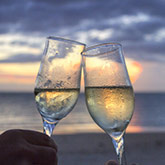 Finding Love, My Thoughts - An Interview 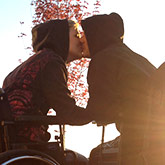 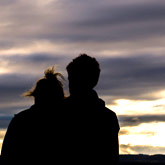 Love and Marriage after a Spinal Cord Injury