February 25, 2011. That is the day my seemingly very normal boring life was turned completely upside down. By normal and boring I guess I mean ordinary. I am a 37 year old mom of 2. I have been married 13 years to my high school sweetheart and have been a pre-k teacher for 10 years. Pretty ordinary right? Well, that changed really quickly.

On February 25, 2011 it was rainy and cold. I was running around like a mad woman trying to get two kids and myself ready and out the door. I kissed my husband and my then 5 year old goodbye. I loaded up my then 1 year old in her car seat and headed out to her daycare. So far, seemed like a normal day to me. As I was leaving the daycare my phone rang and I glanced down for a split second and then life as I knew it was forever changed.

When I woke up I was in a field. There was a lady there with me with long blonde hair. She was holding me in her arms. I could not speak and her face kept going in and out. Then, everything went black. The days, weeks even months after that were just a blur. What had happened? Where was I? Where were my kids? That rainy morning I was not wearing my seatbelt. When my phone rang I became distracted and ran off the road. I flipped my car one and a half times. I was thrown out the driver side window 75 feet into a muddy field. The lady in the field was not seen by anyone but me. I know it was an angel.

I spent the next 4 weeks in a medically induced coma in Savannah, Georgia. I had broken my back, ruptured my liver, both lungs and spleen, shattered my hip and pelvis, broke my shoulder and knee and suffered a Spinal Cord Injury at the T11-12 level. I nearly lost my left arm due to lack of blood flow. While I was in Savannah very little rehab occurred due to the state I was in. Rehab at that time consisted of opening and closing my eyes. I was not even breathing on my own. My family knew that when I was stable that I would need some very intense rehab.

When doctors were able to wean me off the vent in Savannah and stabilize me I was sent to Shepherd Center in Atlanta. My mom recalls it being a nightmarish trip. My lungs started shutting down and it became a touch and go situation all the way there. When we arrived at Shepherd I was placed back in ICU. I was back on the vent a feeding tube and chest tubes. Tubes were everywhere! I remained in ICU for 2 more weeks. Immediately at Shepherd they began rehab on my left arm. They had to keep the blood flow going. The pain was excruciating. They would come in every couple of hours and move it around. I still could not speak at this time so I just cried. Rehab in ICU also consisted of getting up in a wheelchair daily. I was still heavily sedated for pain and had no use of my legs or left arm so a Hoyer lift was used to get me from the chair to the bed.

When I was strong enough to be moved to a regular room therapy still consisted of someone coming in my room to work on my arm. Other patients would go to the therapy room. But for months I had to do therapy from my bed due to the extent of my injuries. I had a trache put in so I could talk again. I had to have a speech therapist come in and teach me how to swallow and talk again. I still could not even sit up on my own. It was all just baby steps. I had to learn the basics all over again: How to brush my teeth, my hair, take a shower, cath myself with one hand and a hundred other “little things” that felt like “huge things.” Not to mention how on Earth was I going to take care of my kids?

Finally, therapy started picking up after numerous setbacks. I learned how to sit up on my own and take care of the little things like putting my shoes and socks on and getting dress. It took me nearly an hour my first attempt. I didn’t get it done quickly but I got it done. We worked on things like sitting on the side of the bed without falling and eating the floor, lifting my left arm a few inches higher each day and opening and closing my hand. Rehab also consisted of learning to drive a power chair. That took some practice. I ran over nearly everyone I came in contact with, tore the legs off the dresser in my hospital room and ran into the glass in the elevator which ultimately earned me a huge red caution symbol on the back of my chair. Once I had mastered dressing myself and taking care of my personal needs I got to practice with my now 2 year old , Rylie Brooke. She loved it. We turned it into a game. I learned how to dress her and fix her hair. Thank God because my husband had texted me a picture one morning of what she looked like when he fixed her hair. I nearly had a heart attack. Bless his heart. He tried..but it was an epic fail. We had reached the point in my therapy where I really had just been at Shepherds for so long that doctors and nurses felt it would be in my best interest to go home for a while and come back when my body had finished healing. So…the story continues……

To keep you informed of new stories from Maria, please click on the link below to 'Join Our Community'. All we need is your name and email address.

The opinions and experiences presented herein are for informational use only. Individual results may vary depending on your condition. Always consult with your health care professional. This individual has been compensated by Bard Medical for the time and effort in preparing this article for BARD’s further use and distribution.  1504-90 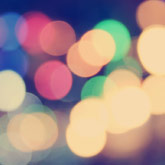 My Child, My Warrior 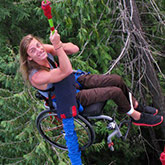 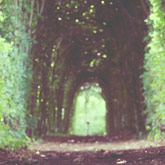 Leaving Home for the First Time - An Interview 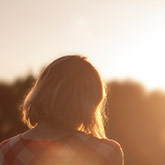